In December 2018, days before Christmas, one Taibach household awoke to find that their humble garage had been transformed by a mural, ‘gifted’ by anonymous world-renowned street artist Banksy.

Word quickly spread, attracting huge numbers of visitors wanting to see the artwork as well as the attention of global media outlets. 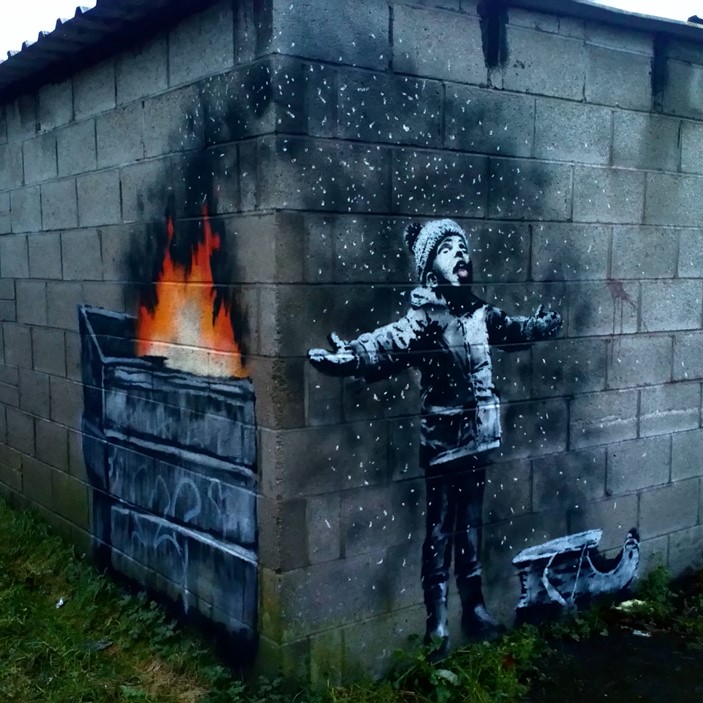 The artwork entitled ‘Season’s Greetings’ was purchased in January 2019 by a private buyer, who agreed to keep the artwork in the town for a period of three years. Following negotiations between the purchaser, Neath Port Talbot Council and Pobl Group the artwork was relocated to the newly built Ty'r Orsaf, close to Port Talbot Parkway rail station.

The artwork can be viewed from the exterior of the building between the hours of 8am to 8pm (Monday to Sunday), when the security shutters are open, however there is no access to the building itself at any time. However discussions are currently ongoing with partner agencies to further develop the display arrangements. 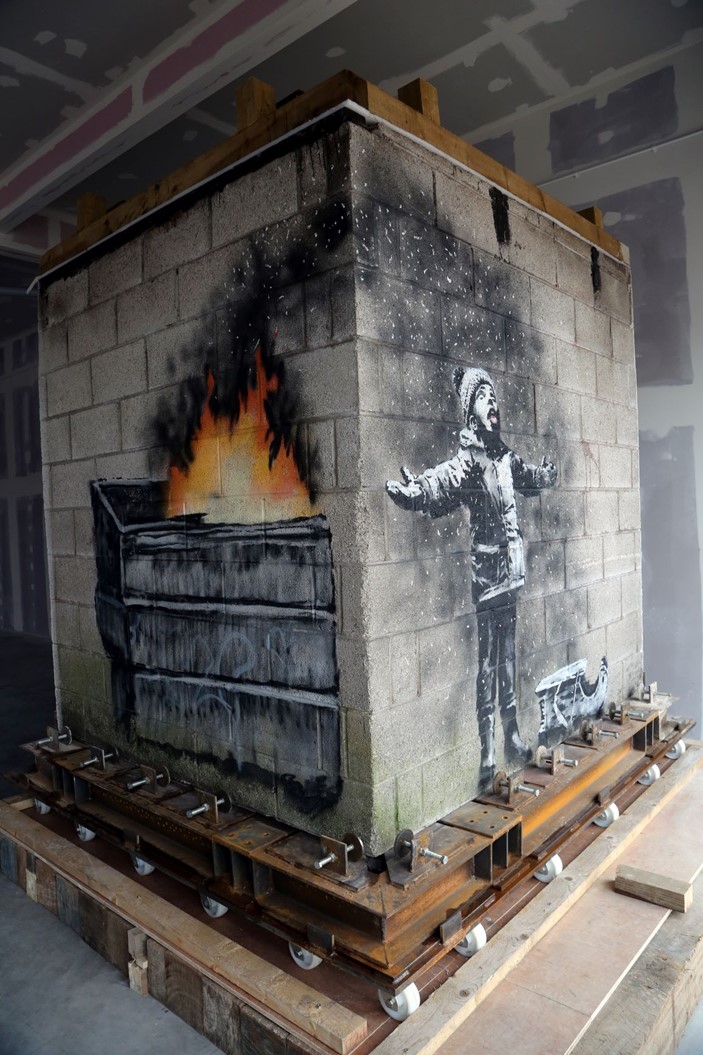 Ty'r Orsaf is located on the site of the former Port Talbot Police Station on Station Road (SatNav: SA13 1UP) and is easily accessible by bus and taxi via the adjacent Port Talbot Transport Hub and by train via Port Talbot Parkway Station.