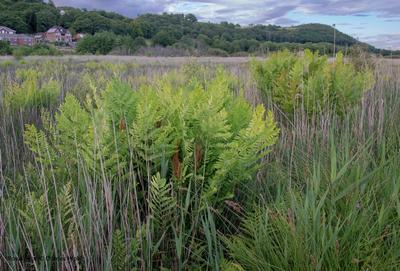 The Royal fern is one of the largest European ferns. Its fronds can reach 300cm. The plant has stayed mostly unchanged for 180 million years. Its range has declined due to habitat loss and collection by Victorians when it was a popular garden plant and its roots were used as osmunda fibre – a material for growing orchids in.

The species can be found on neutral or acid soils in wet areas such as fens, woodland, ditches and riverbanks. It is found in suitable habitat throughout NPT.