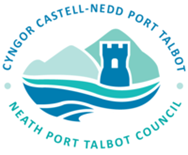 While VE Day (Victory in Europe) marked the end of the war in Europe in May 1945, many thousands of Armed Forces personnel were still engaged in bitter fighting in the Far East. Victory over Japan came at a heavy price, and Victory over Japan Day (VJ Day) marks the day Japan surrendered on  August 15th 1945, which in effect ended the Second World War.

As was the case for VE Day 75 and Armed Forces Day this year, the coronavirus pandemic has led to the cancellation of local and national events that would have been planned to mark the 75th anniversary of VJ Day.

At Neath Port Talbot Council we wanted to help remember and mark this important anniversary digitally.

In 2013, NPT Council and a number of partners signed our Armed Forces Covenant with the aim of supporting the armed forces community in the Neath Port Talbot area.

All other local authorities in Wales signed up to the Covenant and each authority has an Armed Forces Champion, which is a role undertaken by an elected member. The purpose of the Champion is to promote and champion the interests and needs of the armed forces community locally and act as single point of contact.

Neath Port Talbot’s Armed Forces Champion is Councillor Chris James. Councillor James joined the Royal Navy in 1990. While working in Naval Operations he served in both the Sierra Leone and Afghanistan conflicts before leaving in 2005 after being injured in service.

On behalf of Neath Port Talbot Council, Councillor Chris James has recorded this message to commemorate the 75th anniversary of VJ Day; the day which effectively ended World War II.

Find out more about the Armed Forces Covenant in NPT

We are once again humbled to be able to share with you Mr Barry Woodley’s recording of the Last Post and Lowering of the Standard Ceremony filmed at his own home in Port Talbot.

Barry is an active member of the Port Talbot Branch of The Royal British Legion, where he is honoured to be their Standard Bearer. He is also the Standard Bearer for the South Wales and South West Branch of the Type 42 Destroyer Association. As part of this organisation he represents 6 of the 7 frontline ships he served on in his 27 years in the Royal Navy, from joining at 16, to later achieving the rank of Chief Petty Officer.

Watch the Service of Remembrance at the National Memorial Arboretum, which will include music from the Armed Forces, broadcast on BBC One

Take part in the two minute silence, led by His Royal Highness The Prince of Wales from the National Memorial Arboretum, the British site of national remembrance in Staffordshire

The Red Arrows take to the skies for a stunning UK-wide flypast over Edinburgh, Belfast, Cardiff and London

In a debate hosted by the National Army Museum, historians will explore the roles on land, sea and air throughout the Far East campaign, and examine how it continues to be commemorated.

Look out for His Royal Highness The Duke of Edinburgh, who will feature alongside other WW2 veterans on large screens across the country in a poignant photo montage series.