This article is more than 8 months old 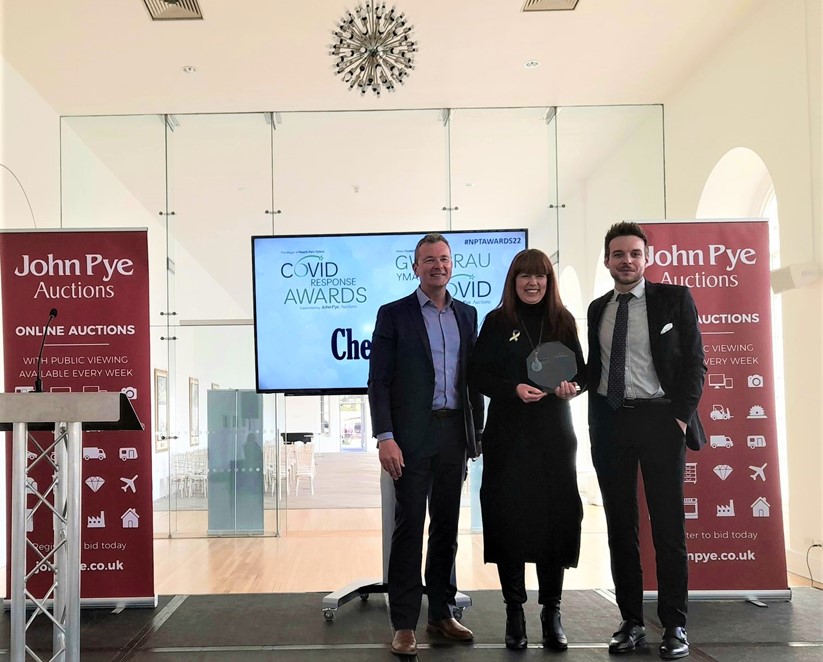 The awards were designed to recognise and reward the outstanding contributions of individuals, groups and organisations in our community during the Covid-19 pandemic.

The main sponsor for the awards ceremony was John Pye Auctions. Here are the winners:

Mayor Cllr Warman said as the awards ceremony began: “These awards were set up to give residents here in Neath Port Talbot the opportunity to nominate people or groups who really made a difference in our communities during the toughest of times we have ever lived through.

“I have to say, the response was incredible and we were knocked out by the sheer number of nominations that came in. The judging panel, of which I was a part, had the most difficult time deciding on who to invite here today. It really was a humbling experience reading through the submissions.

“I’m sure those nominated for these awards are the kind of people who would normally shy away from being singled out for special recognition. That said, these awards aim to thank, recognise and reward their hard work and commitment over the past 2 years …whether they like it or not!”