A NEW coalition is set to lead Neath Port Talbot Council after representatives from the Independent, Plaid Cymru and Dyffryn Independent groups made an agreement to share power. The Welsh Liberal Democrats and Green Party members will support the coalition via a confidence and supply agreement. 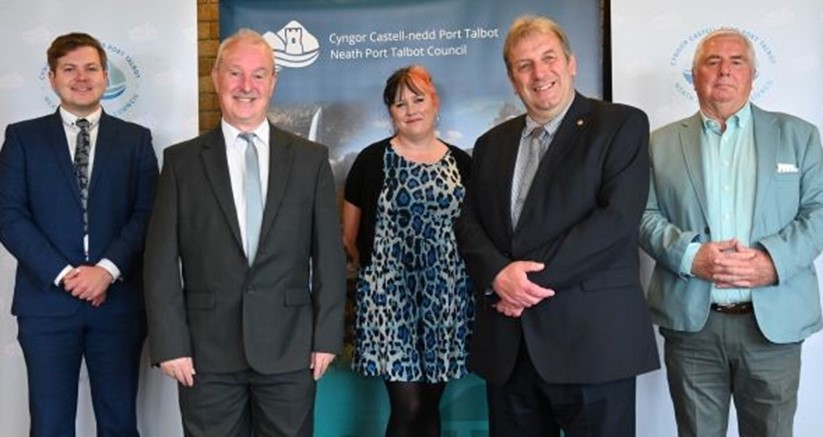 The coalition and supporting groups will hold 33 seats out of a total of 60.

The announcement comes after more than two weeks of talks between the parties and brings an end to 26 years of Labour administration in the county borough, the first time since the council was formed in the Local Government Re-organisation of 1996.

“People in Neath Port Talbot have clearly voted for change. We have been given a unique opportunity and this administration will do its very best, working hard and working together to bring fresh ideas, to keep talking to our communities so that we do not lose sight of what matters to them, and to deliver with and for people in our county borough.”

“This will be a new administration with new priorities for Neath Port Talbot. We have had productive discussions over the past two weeks and anticipate a lot of common ground on many issues. I look forward to working together to build trust and confidence in our council by engaging in a respectful collaboration, that puts our communities’ needs first.

“Talks have been productive and we are committed to being part of an administration that will work for people in Neath Port Talbot and aim to tackle the issues that are important to them. I look forward to working in partnership to deliver the services that people deserve from their council.”

“Public opinion is fundamental to democracy and people in Neath Port Talbot have obviously voted for change. By entering into a confidence and supply agreement, we can help facilitate this change, whilst retaining our independent voice on the council and representing the best interests of residents.”

With a commitment to working with people to strengthen the county borough’s communities, economy and environment, the programme for coalition administration sets out a vision for the future with a strong focus on partnership and collaboration. Having contributed significantly to shaping ‘Recover, Reset, Renew’, the council’s corporate plan, the new administration intends to build on and enhance this.

The programme also outlines the intention to learn from the pandemic to improve health and social care through effective working across all sectors to reduce isolation and make services and support more accessible for users and families. This is complimented by a focus on providing a range of housing across the county borough, including affordable housing, and an aim to ensure that local people benefit from housing construction and supply chains.

Environment, Leisure, Culture and Heritage issues will also be key, with plans to develop an environmental strategy with the involvement of communities and voluntary groups, a culture strategy to promote economic, leisure, social and wellbeing benefits, and a firm commitment to grow and build on the existing Celtic Leisure assets.

The council’s next administration will be formally appointed at a Council meeting in mid-June.