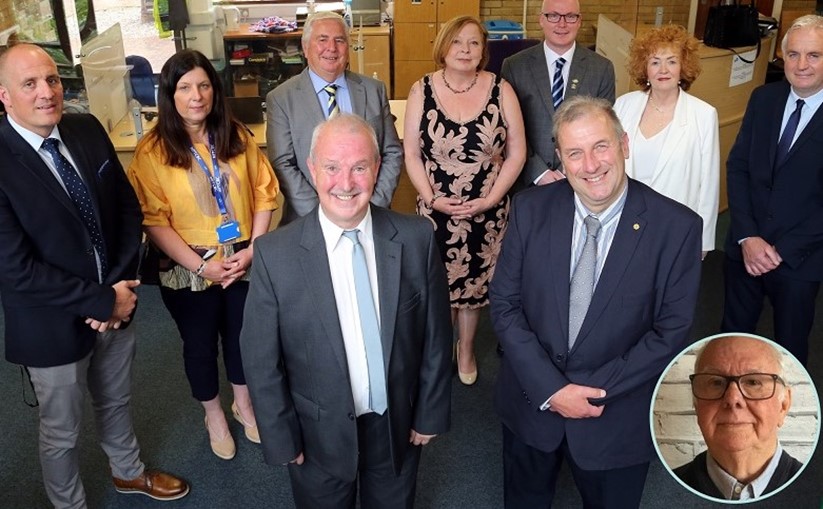 The Welsh Liberal Democrats and Green Party members will support the new coalition via a confidence and supply agreement.

The coalition and supporting groups currently hold 33 seats out of a total of 58. The final two seats on the council, both in the Port Talbot ward, will be contested on June 23rd (bringing the total number of seats on the council to 60). Voting in this ward had to be postponed following the death of a candidate.

Also at the meeting, Labour’s Cllr Robert Wood was confirmed as the Mayor of Neath Port Talbot for 2022/23 with Cllr Chris Williams (Plaid Cymru) confirmed as Deputy Mayor.

Addressing the meeting, Council Leader Cllr Hunt said: “Today is one of the proudest days of my life.

“The privilege of representing this council as its new Leader means a great deal to me. Thank you, council, for giving me this opportunity.  I will work tirelessly to promote the county borough and to improve life for everyone who lives here.

“Regardless of our political differences, there is one thing that unites us all in this room as elected representatives and council officers alike – that is to do the best we can for the residents of Neath Port Talbot to deliver the quality services they want, they need, and they rightly expect and to create the right conditions for economic prosperity.

“After 14 years as a councillor, I am confident that while we may occasionally disagree on the best way to deliver on this agenda, ultimately, we will continue to come together and work together in the interests of the present and future generations of our county borough.

“Also, can I take this opportunity to congratulate the Welsh Football Team and squad on reaching their first World Cup Finals since 1958, with special congratulations to Rubin Colwill , Ben Davies, and Connor Roberts as all three are from our County Borough, with Connor Roberts (Crynant) and Ben Davies (Seven Sisters) both from the Dulais Valley.”

The Leader added: “I will be setting out the Rainbow Coalition’s (Clymblaid yr Enfys) intended programme at a future council meeting.

Council Deputy Leader, Cllr Alun Llewelyn said: “Being elected as Deputy Leader at today’s meeting is an enormous privilege for me.

“As the council transitions from the pandemic into recovery there are many issues that will require attention and some exciting opportunities too. As Deputy Leader I look forward to playing a full and active role within the guiding coalition, but also to working with all members of the council to improve outcomes for the people we represent.

“Today is mainly an occasion to congratulate and support our new Mayor and Deputy Mayor, but we will also have the opportunity in the near future to set out the vision of the new administration.”