Neath Port Talbot Council and housing association Tai Tarian are teaming up to make sure land across the borough will be best managed to encourage biodiversity and promote well-being for future generations. 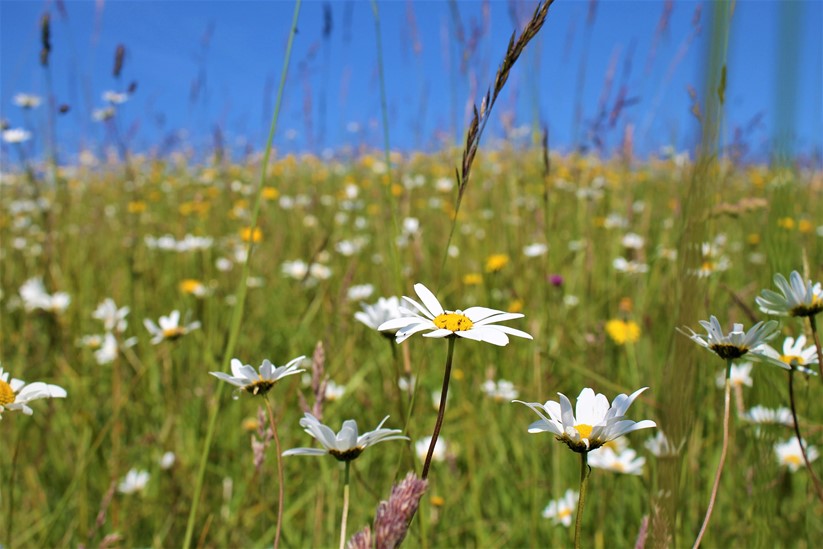 Both organisations are working together to identify the areas that could suit activities such as football and picnics while letting grasses and flowers grow elsewhere to encourage bees, butterflies and rarer plant species.

The council and Tai Tarian aim to work in partnership as they believe this will get more people behind the change while improving visual amenity for residents in all areas.

All areas of land will be considered, though some will not be suitable for reasons such as highway safety and maintenance feasibility.

It has been acknowledged that this year the lack of a co-ordinated and consistent approach to land management and grass cutting has led to issues over visual amenity for a number of residents.

However it is envisaged the new partnership approach will get more people behind the new way of working while improving the visual environment for residents.

Both organisations will now work to deliver a refined method of managing areas of land to enhance biodiversity that also achieves additional benefits. For instance, where appropriate, creating strips of biodiverse, native wildflower and grasses around the perimeter of amenity land, effectively forming a physical barrier between land used for play and the highway.

Improving biodiversity and encouraging bees, other pollinators and wildlife has a positive impact on people’s wellbeing which is why the Welsh Government has tasked councils and landowners to adapt their mowing schedules.

Cllr Jeremy Hurley, Neath Port Talbot Council’s Cabinet Member for Climate Change and Well-being said: ”The new joined up approach will give wildlife the best chance in the future.

“Also it will ensure a ‘managed’ look for meadows and other green areas with strips of short grass placed between any paths and longer grass.

“This ties in with one of the priorities of our new Rainbow Coalition – to ensure a better looking public realm for our towns, valleys and villages.”

Chris Jones who heads up Tai Tarian’s neighbourhood team said their workers were already enthusiastic about the number of species that had started to appear after dialling back mowing over the summer.

He said: “Tai Tarian started our summer #LetitBee campaign to explain to our own tenants what we were doing and to identify what native species were already present if we didn’t mow.

“Our officers have enjoyed speaking to people in the area about what we are doing, and we have loved working with local school children. But we need to keep engaging people in improving our natural environment.”