Peatlands are diverse habitats, formed over millennia, that are extremely carbon-rich and support unique plant and animal species

You probably know them as just ‘bogs’, but peatlands are diverse habitats, formed over millennia, that are extremely carbon-rich and support unique plant and animal species.

Peatlands are waterlogged areas, often found in the uplands, made of a thick layer of peat soil which is formed by partially decayed plant material that builds up very slowly over time. Most peatlands only grow 0.5 – 1mm a year, meaning that it can take over 1,000 years to make 1 meter of peat! 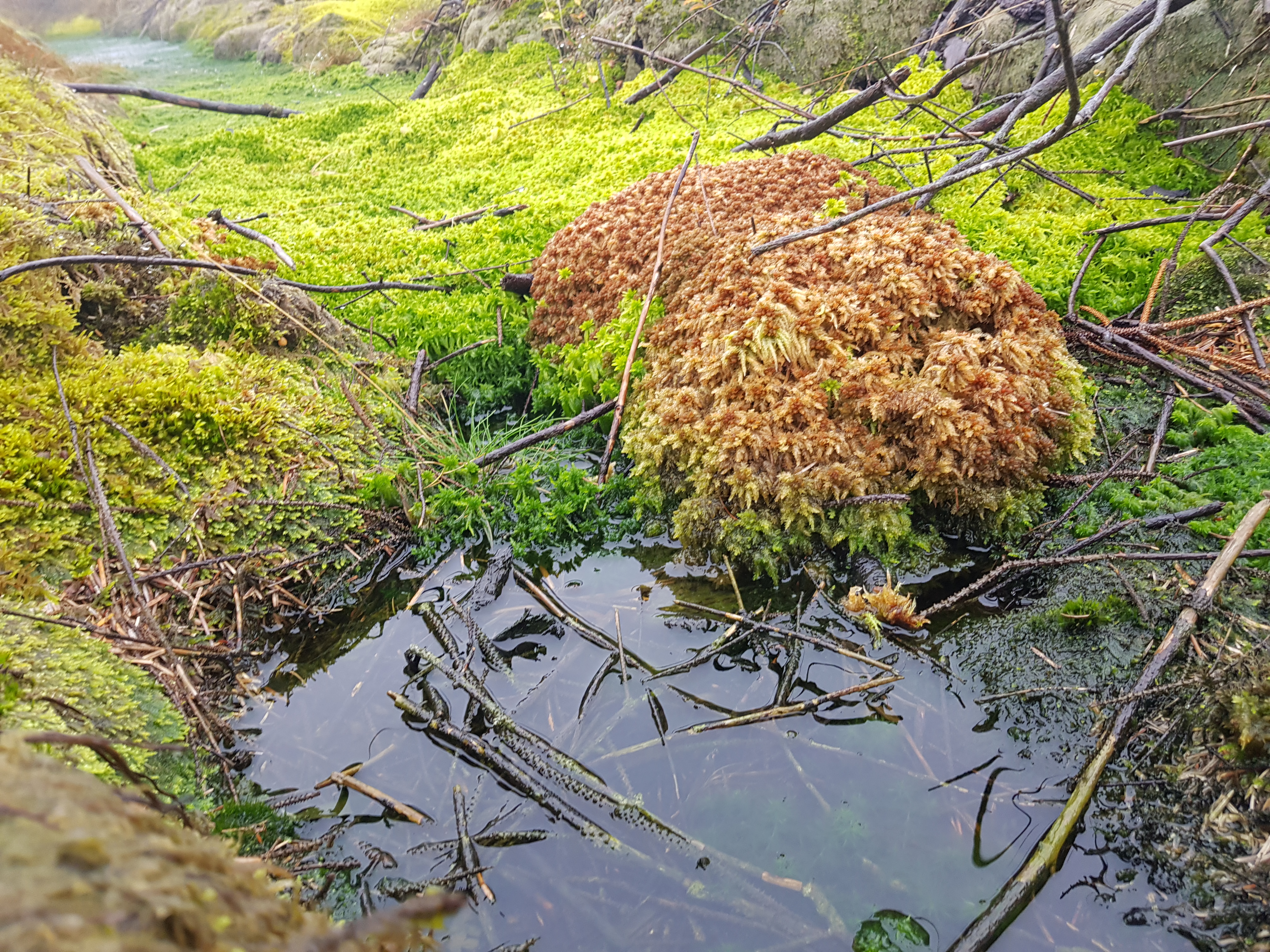 Sphagnum – otherwise known as the ‘almighty bog-builder’ or more modestly just ‘bog moss’ – is the key to not only converting high amounts of carbon to peat soils as it breaks down, but also to soak up and store water in amounts multiple times their own weight. This unique habitat has been referred to as the ‘rainforests’ of the UK, owing to their global rarity and the unique flora and fauna they support.

It is estimated that around 12% of UK land area is covered in peatlands, with coverage of Wales at 4.3% - or 90,000ha. Blanket bogs are the rarest form of peatland globally but are actually the most abundant in the UK. Other forms include lowland raised bogs and fens.

The Lost Peatlands' project area is the most southerly interconnected upland deep peat resource of any significant size in Wales – and one of the largest areas of its type in the UK – providing a unique biogeographical stepping-stone in the overall distribution of blanket bog in southern Britain.

Peatlands are amongst the most carbon-rich ecosystems on Earth, storing around 30% of total soil carbon whist only occupying 3% of the global land area, and are fast gaining the recognition they deserve in supporting climate change mitigation. The Lost Peatlands area itself is estimated to store up to 350,000 tonnes of carbon which is the equivalent of the carbon stored by 5,291,268 tree seedlings planted and grown for 10 years, or the emissions of 794,044,665 miles driven by an average passenger vehicle.

Unfortunately, peatlands across the UK have endured decades of long-term decline, largely due to a range of human induced factors. Around 80% of peatlands in the UK have been affected, decreasing the ecosystem’s ability to provide benefits to both people and planet. 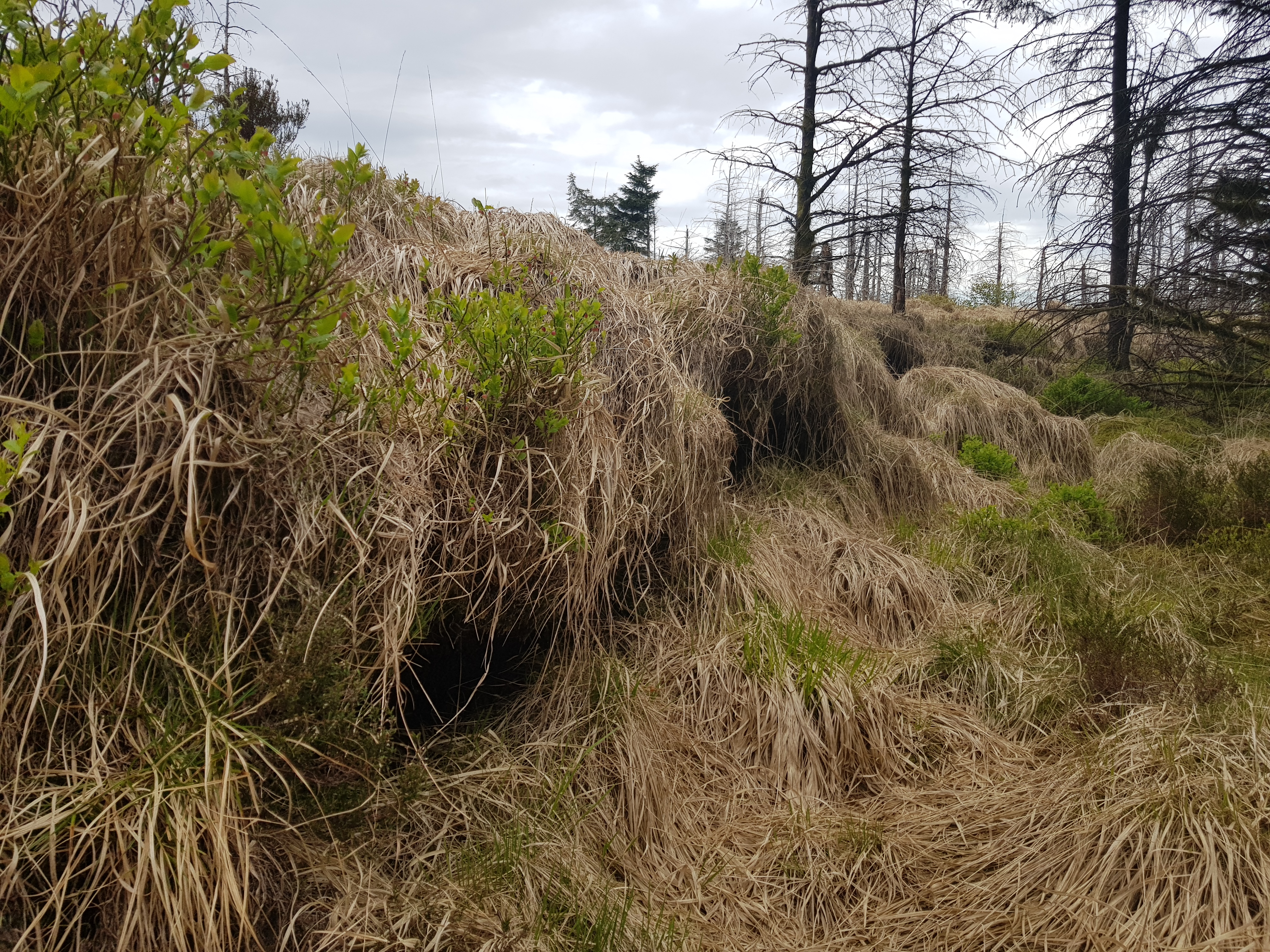 Putting it simply: degraded peatlands become carbon emitters – not carbon sinks – and they also lose their ability to support wildlife; assist in natural flood management; improve water quality; and reduce the risk of wildfire. Functional and healthy peatland ecosystems do all of the above and will do pretty much do so indefinitely if left in their natural state.

The good news is that peatland restoration is most definitely achievable, with the main complications relating to the challenge of getting machinery to remote sites. The ‘re-wetting’ of peatlands by raising the water table in the peat through various methods is the typical approach to returning bogs to a functioning state.

Efforts to restore and protect these vital resources are underway both within Wales and internationally, and with a growing community of peatland scientists, professionals and organisations exploring how best to go about this work, it is high-time for these ancient natural features to be fully restored to their former wet and boggy glory.

Find out more about our top 10 species

Join us at our Habitat Restoration Areas and Community Wild Spaces